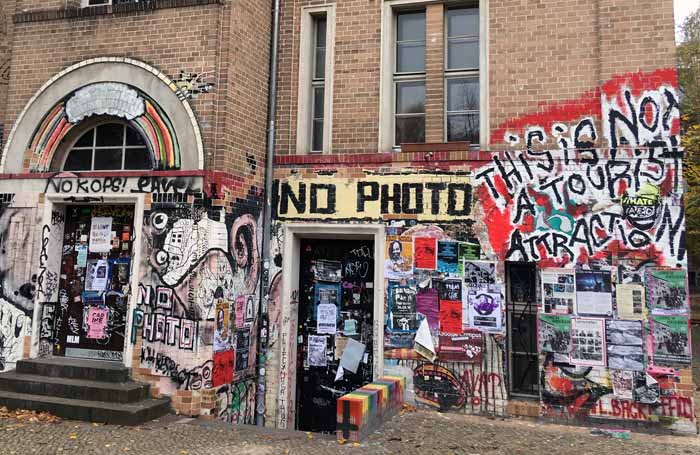 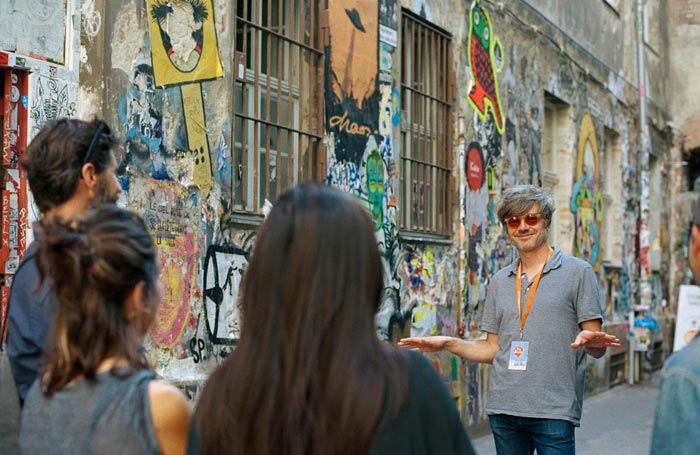 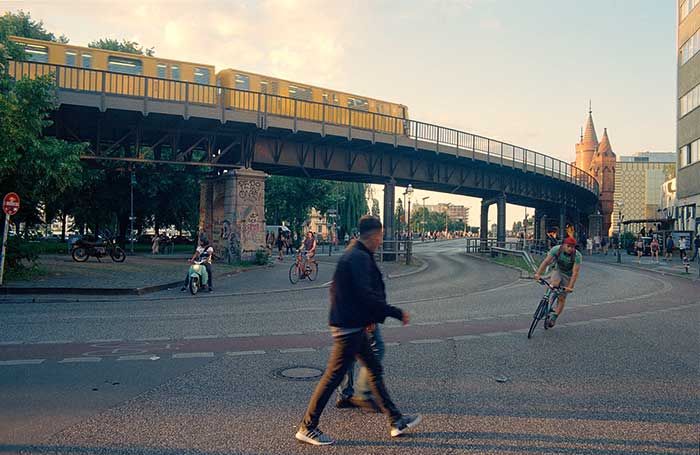 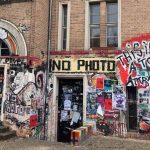 THIS TOUR INTERESTS YOU IF…

WHAT WE WILL SEE

Berlin has always been one of the most dynamic cities in the world and it has urban art, underground culture, and a continuous desire for change right in its DNA.

Since the 1970s, the German capital has been fertile ground for every kind of artistic experimentation, from music to visual art. During the long period of the Cold War, West Berlin, thanks to its special status, became the favorite destination for punks, hippies, and artists from all over the world: these were the years of David Bowie, Iggy Pop, the progressive emergence of Techno music, and illegal clubs.

After the fall of the Wall, however, East Berlin stole the scene. The German Democratic Republic disappeared, leaving a huge political void and, suddenly, all the previous state-controlled buildings no longer had owners. The old districts of East Berlin become the ideal refuge for alternative people from all over the world, attracted by the possibility of residing at no cost in a place where nothing is forbidden.

Our Alternative Berlin tour in English will lead you along the path of the most authentic and lively Berlin, starting from our meeting point in Potsdamer Platz. The first stop of the tour will be the Urban Nation Museum and its colorful surroundings; in the halls of the world’s first museum for street art and in front of the facades full of large murals of the adjoining buildings, we will discover the history of the new “wall canvasses” of Berlin and the internationally renowned artists involved in the project.

Urban art not only represented the driving culture in the Berlin of the early Nineties, but it modified and enriched the streets, with real estate speculators always attentive to city fashions. Urban gentrification, in fact, saw the German capital establish itself as one of the cities with the highest price increases in the world.

Crossing the Kreuzberg district, where the challenge of integration between peoples gives life to a peculiar and very interesting cultural and gastronomic mix, and looking up from the bistro windows, you will be left speechless by some of the most famous murals in the world, which recount Berlin’s past and its future through the eyes of artists such as Ash, Blu, and Os Gemeos.

Heading towards the district of Friedrichshain, we will discover the RAW Tempel, an immense train repair workshop converted into a space for sports, creativity, and alternative entertainment. We will pause in this unique place, which would be forbidden elsewhere, but in Berlin remains deliberately open to everyone and has established itself as one of the most dynamic and lively cultural centers of the city.

Walking through the streets of the neighborhood we will observe the great changes of recent years, amongst the residents that animate the city and the stories of contemporary Berlin.

Finally, we will reach the neighborhood of Mitte, the most modern and pulsating heart of Berlin, to walk along what is a veritable open-air urban art gallery and visit the most famous courtyard of the city, the Haus Schwarzenberg or Courtyard of Wonders, admiring the mix of works that still color it today and the history that inspired them.

Accompanied by an English-speaking guide who has lived here and visited these places for years, the most fascinating, authentic, and alternative Berlin will have no more secrets for you!


WHERE IS THE MEETING POINT LOCATED?

The guide will pick you up at your hotel or in another place of your choice.


Please do not hesitate to write in case of doubts or questions – we are here for you!

Any questions about our english guided tours?