The 9-Euro-Ticket in Berlin: everything you need to know about the €9 monthly ticket.

Home Travel Blog Berlin The 9-Euro-Ticket in Berlin: everything you need to know about the €9 monthly ticket. 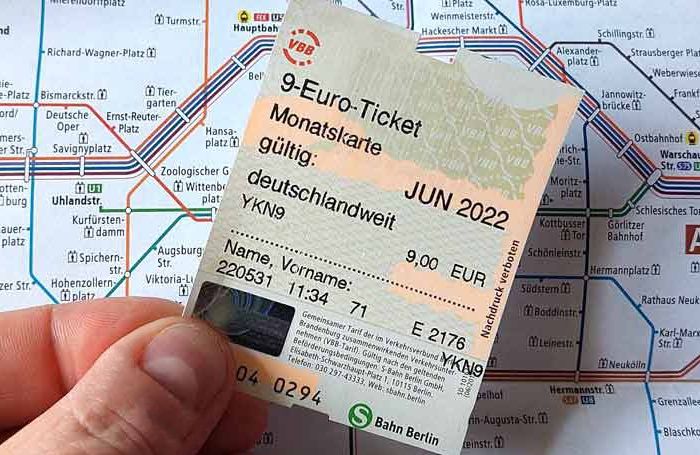 The 9-Euro-Ticket in Berlin: everything you need to know about the €9 monthly ticket. 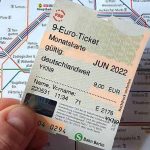 Visit Berlin with a public transport ticket valid for one month for only 9 Euros!

State aid from the German federal government to cope with this special historical moment characterized by rising costs due to higher gas and oil prices is coming soon.

In fact, as of June 1st, 2022, in addition to a 35-cent reduction on fuels and a slight lowering of energy costs that will mainly benefit German residents, also a monthly public transport ticket for only €9 will be officially introduced.

People will then be able to buy these special monthly passes for three months, June, July and August, which will allow everyone, including tourists, to use Berlin’s  public transportation system, 24 hours a day.

Learn about the 9-Euro-ticket in Berlin. 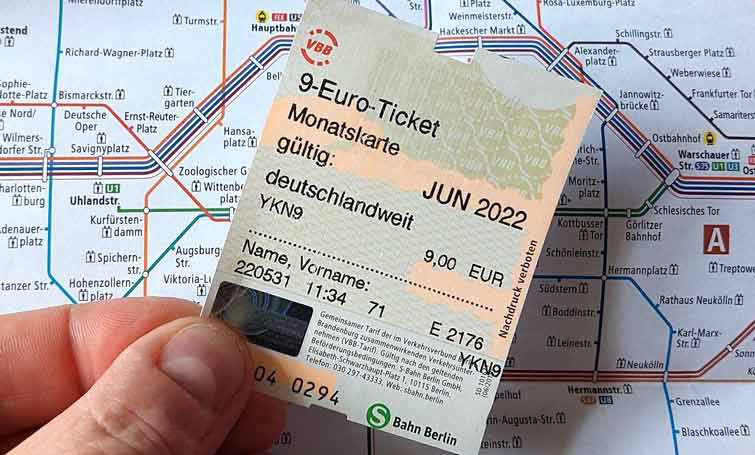 HOW DOES THE 9-EURO-TICKET WORK?

This particular ticket can be used throughout Germany on all local public transportation and is valid in Berlin for: U-Bahn, S-Bahn, Tram, Bus Lines and Regional Trains, but limited only for second class.

This means that you will also be able to go outside the capital center such as to Potsdam City or to Sachsenhausen concentration camp memorial without regard to zone A, B or the more distant C restrictions.

And if you are wondering, yes, it is also valid to and from the airport.

But, it will not be valid for all fast trains or private companies such as Flixtrain, Flixbus, etc…

WHERE TO BUY THE 9 EURO TICKET?

You can buy it now at ticket vending machines, passenger centers and the BVG’s very convenient app.

The ticket has the name of the month it was bought for printed on it, so it does not have to be stamped and is only valid for the current month.

This means that if you buy it on June 28 it is not valid until July 28 but only until the end of the month instead.

Finally, and very important, the ticket is strictly nominal and, on paper or printed versions, you have to write in the name of the holder on it and it does not include other passengers, or bicycles.

Good news then: for tourists who will be visiting the city during these three summer months can enjoy or private tours in Berlin even more easily.

So it only remains for me to say…

…see you in Berlin!

I am Kai and you will find me at the personal pick up of your Guided Tours in Berlin. See you soon!