ViveBerlin and the Stumbling Stones

Home ViveBerlin and the Stumbling Stones

A family reunion thanks to ViveBerlin, the Berlin Tourist Guide Cooperative.

The installation of six Stumbling Stones (Stolpersteine) in Berlin brought together the only living survivor of ae family and twenty-two descendants from England, Israel, and Argentina. Our partner and guide Blas Urioste was the creator of this small “miracle” of reconciliation, and below he will tell you in the first person how that was possible.

Events like the one narrated by Blas make us especially proud; they distinguish the commitment and dedication that we put into our work as Berlin tourist guides. In addition to showing the city to all those who wish to discover it, we are dedicated to keeping Berlin’s tragic and fascinating history alive.

REUNITING A FAMILY WITH ITS OWN HISTORY

There is something very special about Berlin. The history we talk about during the guided tours is the history of the people you meet on the street, not something abstract or distant. Sometimes, it touches you closely and truly moves you. This is what happened to me a few years ago, during a guided tour with a group of very special visitors.

Mauricio, Magda, Julio and Edith took part in the group guided tour “Berlin during the Third Reich” with our tourist guide cooperative. At the end of the tour, we started talking about the approach we take during our guided tours of Berlin. The family was particularly struck by our way of working, by how we presented such delicate subjects and by the choice of places visited during the tour Berlin in the III Reich.

Following this conversation, Mauricio confided in me that he came from a Jewish family and that his grandparents had been killed in Berlin in 1938. They resided on the second floor of a synagogue that was set on fire between November 9 and 10 during the Crystal Night. Of this family tragedy, Mauricio knew very few details and the only certain data was the names of his grandparents.

The mother, a child at the time, had managed to escape from Nazi Germany and reached Argentina, where Mauricio was born. He, the son of a Holocaust survivor, was visiting the city where his mother had spent her childhood and her grandparents lost their lives for the first time.

Intimate information had been confided in me, and it was clear that these four customers were not only tourists interested in getting to know Berlin during the holidays, but three people who accompanying a fourth man on his journey towards back to roots and terrible family past. 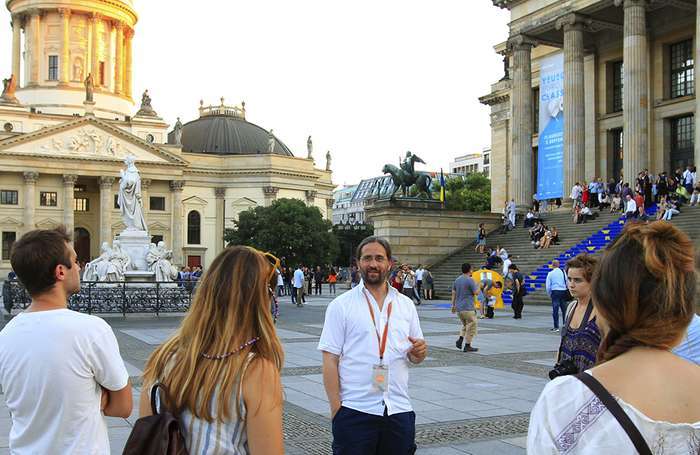 HOW TO GIVE MEANING TO A VISIT

At home later that evening, I wrote down the story of Mauricio’s grandparents, and began to investigate the historical archives available online, continuing late into the night. The next day Mauricio, Magda, Julio and Edith returned to our Meeting Point to take the guided tour of the memorial of the former concentration camp at Sachsenhausen.

Before starting the tour I told Mauricio that I had found the name of his grandfather in the list of heads of Berlin families from 1938, but not in the list of victims of the Night of Crystals, and that I could confirm the fire in the building where his grandparents had lived on the night of November 9th. It was an intense moment for everyone. Suddenly what had been a family story without confirmation or precise information was beginning to turn into something more certain, with data, places, and documents.

The next night, I continued the investigation. I wanted to know the fate of these two people persecuted by the Nazis for the simple fact of practicing a religion. The next day, the group accompanied us again on a guided tour of the city of Potsdam. Before leaving, I was able to show them the name of his grandfather on the lists of heads of families from 1939, and from 1940. This was the administrative proof that his grandparents, or at least his grandfather, had not died in 1938 as the family thought.

At the end of the guided tour of the city of Potsdam I asked them if they wanted to be accompanied to the place where the grandparents’ house was and where Mauricio’s mother had spent her childhood. I knew the synagogue had been destroyed, but a commemorative plaque had been installed in the 1990s. As we approached, it was a moment of great emotion. The commemorative plaque included a photo of the interior of the synagogue during a ceremony and Mauricio immediately recognized his grandmother in the foreground of the photo.

We talked about various things and proposed the possibility of installing Stolpersteine (Stumbling Stones), in honor of his grandparents. We didn’t yet know where they had been deported and the synagogue was their last known address. Mauricio immediately gave his consent and we began to develop a new project that would last for the next several years. 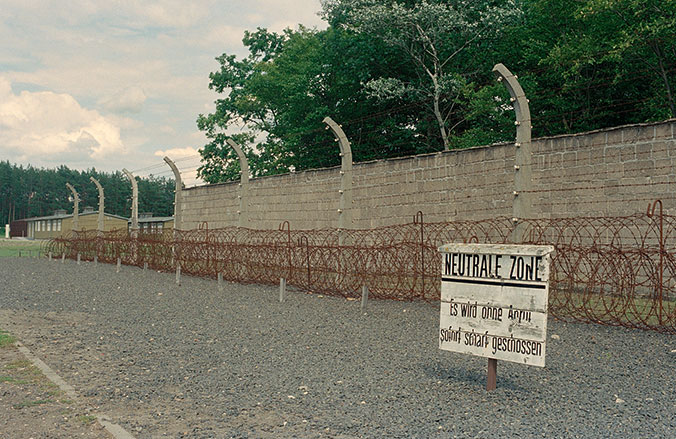 The group left Berlin and I took care of adding them to the waiting list of the Stolpersteine project by contacting the local association responsible for the installation of Stumbling Stones.

WHAT ARE THE STOLPERSTEINE – THE STUMBLING STONES?

Stumbling Stones, in German Stolpersteine, are small 10cm x 10cm cobblestones with a brass surface that are installed flush with the sidewalks so that no one can actually trip over them. They are called “Stumbling Stones”, because anyone who sees them should “stumble”.

Under the title “Hier wohnte” – “Here lived” the name, date of birth and deportation date are reported, as well as the place where the victim of Nazism was murdered. With the Stumbling Stones, the history of the victims of Nazism in our daily life is reported directly in front of the house where the victim lived.

The Stumbling Stones project was initiated by the German artist Gunter Demnig. They are small “obstacles” in memory, installed with the aim of preventing the victims of Nazism from slipping into anonymity. Since November 2000, about 70,000 have been laid, both in Germany and in other European countries from which the death trains departed.

On September 8, 2017, the descendants of Marja and David, from 3 different continents (Argentina, Israel, and England), met, some for the first time, at number 10 Kleine Auguststraße in the Mitte neighborhood of Berlin.

Gunter Demnig, the artist who had the idea of putting these little memorials on the streets and who still takes care of their installation, installed two Stumbling Stones in the sidewalk in front of the place where the synagogue had been located for those who were killed by National Socialism and for their children, who managed to escape clandestinely from Germany, separating in four different directions.
In addition to commemorating those who had been killed by the Nazis, the idea was to celebrate those who had survived. 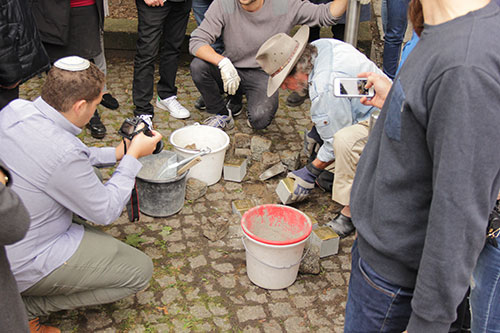 THE CEREMONY THAT HAS CHANGED BERLIN

Among those who were part of the family group was the last surviving child of David and Marja, Itzchak “Isi”, a 90-year-old man, and probably one of the last Jews to have had his Bar Mitzvah in Berlin. Itzchak was returning for the first time to the place where he had spent his childhood. In the city from which he had fled and in the street where he had seen his house burned on the night of November 9, 1938, while firemen watched passively, because what burned was Jewish property.

He remembered perfectly the fear he had felt and the fear he had seen in his parents’ eyes. One of the Stumbling Stones installed during the ceremony bears his name. Isi, so they call him in the family, had managed to leave Berlin clandestinely and had arrived after three years of ups and downs in Palestine, where he now lives with his children and grandchildren.

On the day of the ceremony he personally recounted the tragedy that had marked his childhood after pronouncing the Kaddish, a Jewish prayer for the dead, in memory of his parents Before starting the ceremony, I approached Isi to introduce myself, I did it in English and one of his grandchildren translated my words into Hebrew.

Isi smiled at me and said: “Sie können mit mir gerne auf Deutsch reden, Ich habe sehr lange diese Sprache nicht gesprochen, aber wir können es so machen” – “You can speak to me in German. I haven’t spoken this language for years, but we can speak it now.” For me, with a German mother, and therefore a grandchild of the generation responsible for the Holocaust, it was an extremely moving moment. 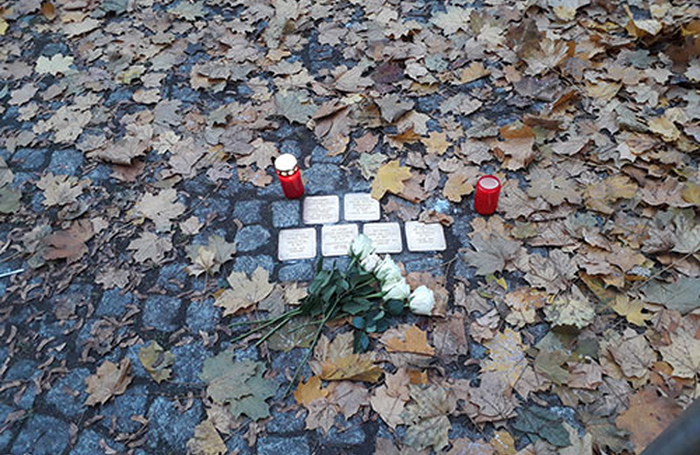 At the Stumbling Stone installation ceremony, Mauricio said: “The Stolpersteine represent in some way the tomb that my grandparents do not have”. Isi added a phrase I later adopted to describe what I believe our job is as Berlin ambassadors: “I’m not here to close a cycle, but to put an extra link in a long chain of events“.

I personally believe that the profession of tourist guide is a two-way street: changing the experience of those who accompany us and being open to our customers to change ourselves.

This philosophy is one of the fundamental aspects and principles that move our guide cooperative and gave rise to this story, surely one of the most beautiful things that has ever happened to me, as a tourist guide and as a human being.

I had the opportunity to meet wonderful people who became my friends, and who consider to be part of my personal history. As a company, we had the good fortune to be able to demonstrate what our job is: to keep the history of our city alive.

Tours where we talk about the Stumbling Stones 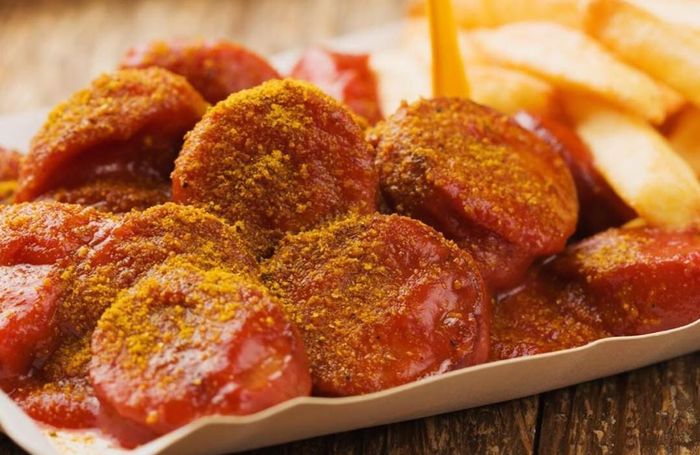 FOOD TOUR – TASTE THE HISTORY OF BERLIN THROUGH ITS CUISINE 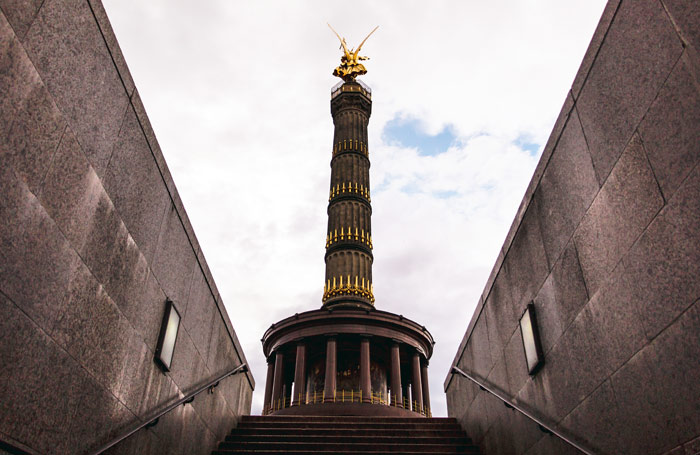 ALL OF BERLIN TOUR 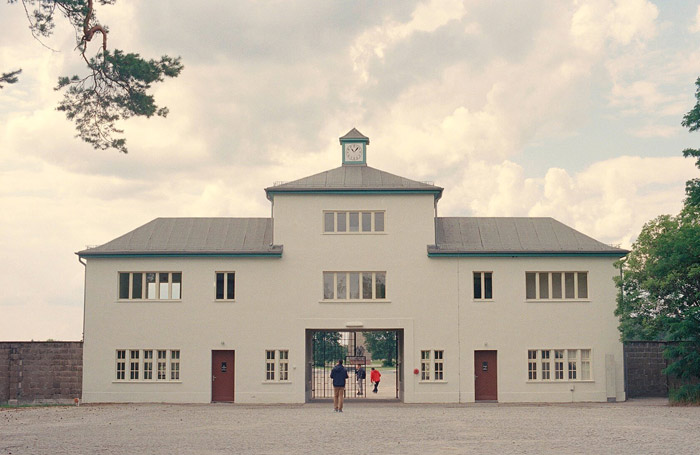 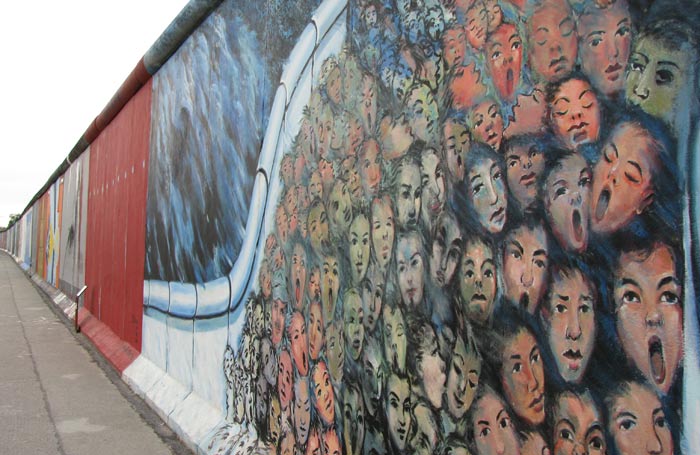 EAST BERLIN AND THE WALL TOUR